Need help? Start a web chat with one of our pharmacists or our customer service representatives now!

Get Your Copy Today

Want our latest health tips, pharmacy news and deals and discounts? Subscribe to our newsletter!

Tell your friend about us and earn $25 for each new customer you refer to us.

You’ve probably read about the advantages of using an online pharmacy, but you’d still...

READ MORE.
Online Pharmacies Save You Money, See How 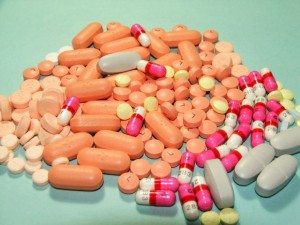 Nearly every online Canadian pharmacy you visit on the web will tell you that buying medications online from Canada will save you a considerable amount on your medications, but how much exactly can you save?

To demonstrate this seemingly counter-intuitive scenario, Pharmacy Checker selected a basket of 15 commonly used medications in the U.S., including Cardura XL, Cymbalta, Crestor, Janumet, Singulair and Strattera. When purchased through an online pharmacy located outside of the U.S., savings ranged from 61 percent to 86 percent and yielded an overall average of 76 percent savings.

What’s more, the analysis even found that for those medications that had generic alternatives available in the U.S., in some cases, the cost of the brand name purchased online was still cheaper than buying the generic alternative from a U.S. pharmacy.

When discussing the reasoning behind choosing entirely U.S.-made drugs for the study, Pharmacy Checker vice president Gabriel Levitt pointed out that the selection process had nothing to do with safety issues or concerns because medications made in other countries that are approved by the FDA are just as safe as those manufactured in the U.S. Instead, those conducting the study were interested by the fact that medications manufactured here were actually cheaper when purchased in other countries.

Why Do U.S.-Made Medications Cost More in the U.S?

What strange alchemy is causing this odd pricing issue? It mostly comes down to the fact that other countries impose pricing restrictions on medications to make drugs more affordable for their citizens. In the U.S., drug companies are essentially allowed to price their drugs free from any sort of restriction or regulation, resulting in much higher out-of-pocket costs to the consumers.

Other factors that lead to sky-rocketing drug costs are deals between insurance companies and pharmacies and the prohibition of government-run healthcare programs like Medicare from negotiating drug costs with drug manufacturers.

What Can Patients Do?

Fortunately, you are not doomed to choosing between your heart medication and your electric bill. Online pharmacies based in Canada and other countries allow patients in the U.S. to take advantage of the lower prices found abroad.

The Canadian Pharmacy is an online pharmacy that can help you get the medications you need at prices you can afford. We pride ourselves on not just offering excellent prices but also providing superior customer service. Our staff members are licensed, skilled and experienced pharmacists, medical doctors, pharmacy technicians and customer support professionals. The Canadian Pharmacy is certified by the Canadian International Pharmacy Association.

You can get the same high-quality drugs that you get in the pharmacy down the street at considerable savings by ordering online from pharmacies outside the U.S. Use TheCanadianPharmacy.com’s online price checker to see how much you can save on your medications.